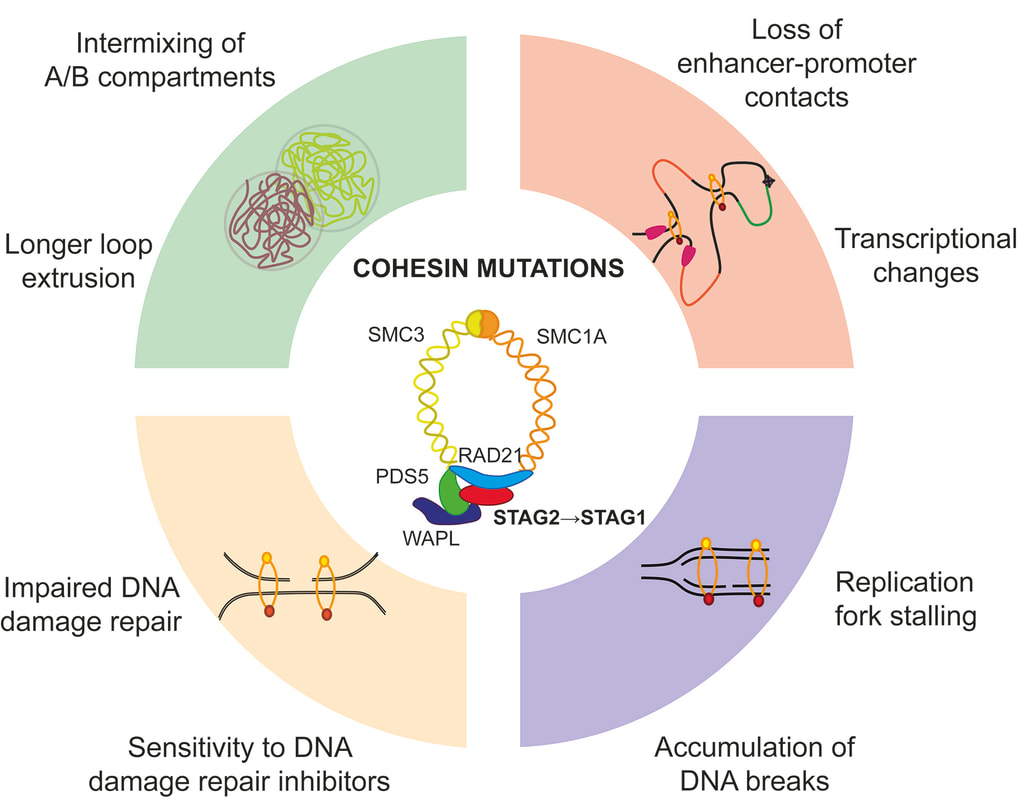 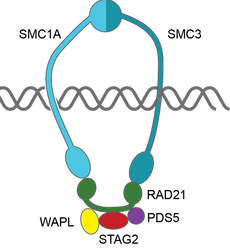 The primary focus of the Tothova laboratory is investigation of the biology, genetics and treatment of myeloid malignancies, including the premalignant state of clonal hematopoiesis (CHIP), myelodysplastic syndromes (MDS) and acute myeloid leukemia (AML). Our goal is to contribute to our understanding of the effect of chromatin organization on hematopoietic stem cell (HSC) transformation in the context of mutations in cohesin genes and other epigenetic modulators recurrently mutated in myeloid malignancies. We employ a combination of genomic, genome engineering, mouse modeling as well as classical biochemistry, cellular and molecular biology approaches to answer disease-relevant questions with the goal to identify novel therapeutic targets that can be translated to true patient benefit in the future.

​
​Current research in the lab focuses on understanding the role of chromatin topology in HSC transformation in blood cancers. We aim to answer the following questions:

1, How does the chromatin structure change during the progression of cohesin mutant myeloid disease and can we target it to avert progression to cancer?
Cohesin complex is an essential multimeric protein complex that forms a ring structure around the DNA and is involved in a number of basic cellular functions, including sister chromatid cohesion, chromatin organization and transcriptional control (Jann and Tothova, Blood 2021). Recurrent loss of function mutations in the cohesin genes STAG2, SMC3, SMC1A and RAD21 have been found in MDS, AML, bladder cancer, breast cancer, glioblastoma and Ewing sarcoma. We have developed CRISPR/Cas9-based engineering methods to target primary human and mouse hematopoietic stem cells to model different stages of myeloid malignancy in order to address this question (Tothova et al, JCI Insight 2021), and have access to a rich collection of patient samples to validate our findings.

2, What is the role of inflammation during cohesin-mutant MDS development?
During the process of cancer development cancer cells acquire genetic and epigenetic changes that promote a number of different characteristics that help them win over healthy cells. Some of these changes include impaired differentiation, increased proliferation and pro-survival properties, but notably, cancer cells can also acquire the ability to evade immune system. However, how these immune evasion properties evolve is not well understood and are likely to involve many mechanisms. In collaboration with Steve Elledge’s lab, we have recently identified CTCF and multiple cohesin genes as key suppressors of PD-L1 and important regulators of immune evasion but also interferon signaling. These studies have implications for biology and treatment of cohesin-mutant disease and we are now investigating the role of inflammation during the process of disease development as well as for therapeutic targeting.

3, The role of transcription deregulation and splicing in cohesin-mutant disease
Mutations in the cohesin complex and splicing factor SF3B1 are frequent genetic drivers in patients with MDS and AML and they tend not to co-occur in the same patient. I would like to understand the genetic and biochemical interaction between the cohesin complex and the SF3B splicing complex and ask whether splicing modulation could be used as a therapeutic approach in cohesin-mutant myelodysplastic syndrome (MDS) and acute myeloid leukemia (AML).

4, Cohesin mutations as progression lesions in RUNX1 familial platelet disorder
Multiple components of the transcriptional phase-separated condensates, including transcription factors, cohesin complex and splicing factors are among the most recurrently mutated genes in myeloid diseases, including RUNX1-mutant familial platelet disorder with predisposition to leukemia (RUNX1 FPD). It is not understood whether phase-separated condensates play a pathogenic role during the process of development of RUNX1 FPD, and if targeting of these condensates can be exploited therapeutically during the progression from FPD to MDS/AML. We have observed a unique spatial nuclear organization of RUNX1, cohesin complex, mediator, super-enhancers, coactivators, DNA damage repair and splicing machinery in cohesin-mutant AML models. We hypothesize that spatial reorganization of phase separated transcriptional condensates plays a critical role during the process of development and disease progression of RUNX1 FPD and could offer a novel approach of therapeutic targeting in this disease. 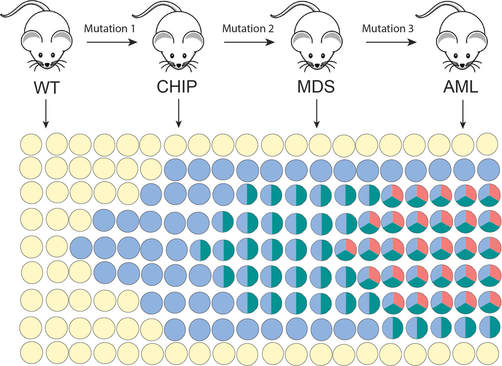